The term lesbian is the most widely used to describe women who like other women, what most are unaware of is there are different categories of lesbians. This little guide will help you find which group (or groups) you fit into as well as which you’re most attracted to. 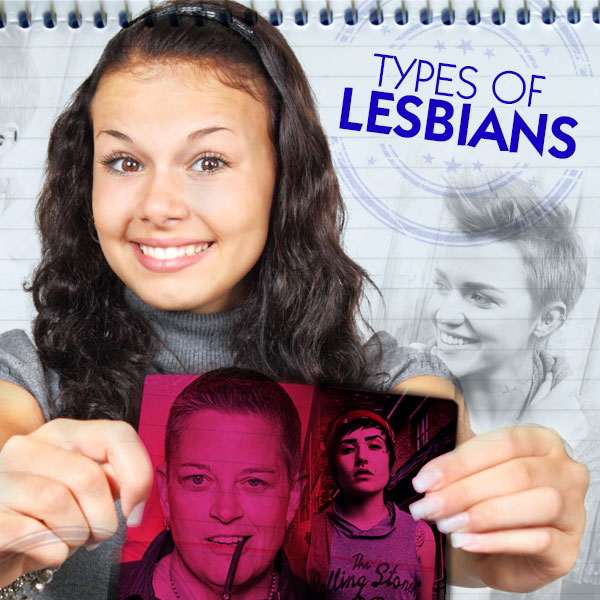 Before we get into the guide, here’s one of the most important terms in the LGBTQ world – Gold Star Gay. In this case it would be a gold star lesbian, which means they have only ever had sex with women.  Now on to the list of ‘Types of Lesbians’. Please note there are hundreds of terms and off shoots to all these.

Dyke – is the second most common term used to describe a gay female.  When used by someone that is not part of the LGBTQ , it is considered offence.  There are many different types of dykes – baby dyke, diesel dyke, power dyke, etc.

Baby dykes – Women who have just come out are called baby dykes. Like a baby, everything is new to them – they have never dealt with gay issues or culture before and are overly excited to learn.

Diesel dykes – are very manly lesbians who can have a more aggressive nature, and they also go by butch.

Hard Butch – Also know as “Dykes on Bikes”, kind of like leather wearing, motorcycle riding women. These women tend to be a bit more masculine.

Butch – Women that adopt masculine characteristics are considered butch.  Butch women are often the dominant partner. They dress and sometimes act more manly then an average woman. There are offshoots of Butch such as Soft Butch and Hard Butch.

Soft Butch – A Soft Butch generally wears more masculine clothing but may still have long styled hair, manicured nails. They would land in the middle of Butch and Femme/Lipstick lesbian. To sum up a Soft Butch she would be like the cute girl next door that is a tomboy.

Chapstick – If you find that you’re a mix of both femme and butch, you’re (a soft butch or) a chapstick lesbian. These women are generally androgynous; they dress a bit manly but act more feminine.