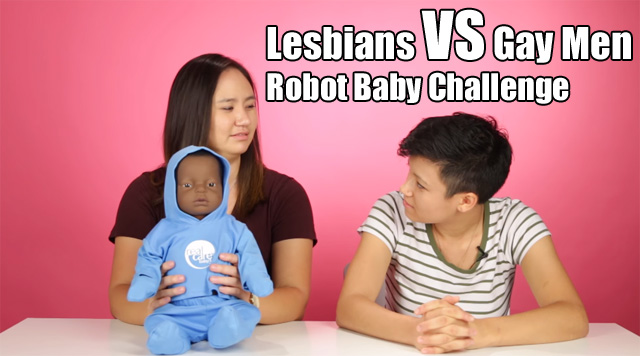 Have any of you taken that class in high school where you have to take care of a fake baby for a week and then somehow get graded on your performance? Well, in this video, we get a look at how 2 pairs of adults handle their shit when confronted by one of these robot babies. Granted, it was only for a couple days, but still… 2 days is more than enough in my opinion. Teams are based on their sexuality as it sets a pair of lesbian friends against two gay males. Who will prevail and why?

I went into this rooting for the girls… I know what team I’m on… I love the ladies… We can do anything! Right??? So first off… I’m sorry, but the guys just seemed so much more serious about it. Not to mention how affectionate and warm they were towards the robo-baby right off the bat. I should probably point out that neither “couple” is in reality, partners in that sense… They are friends enjoying an “adventure in babysitting” together. 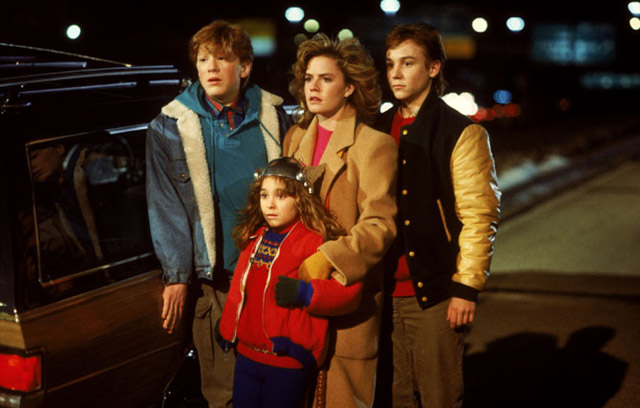 Do you think that if the two couples were actually dating in real life, the outcome would have been different? Something to think about!

At the beginning of the short video, the two teams talk about their views on parenthood… It’s pretty obvious who wants that title more… The guys. Both of them are like, potential best-dad-of-the-year award winners from the way they talk about taking up the mantle of parenthood. 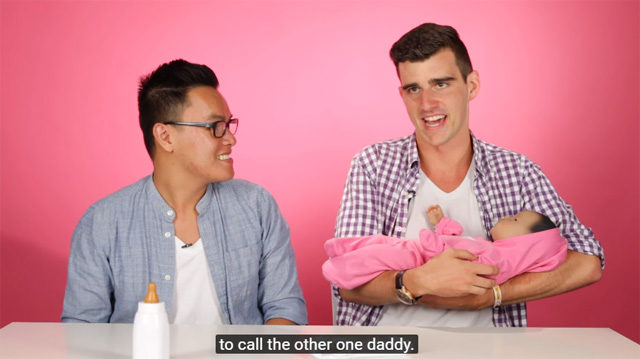 Sorry ladies… It just didn’t seem like there was much enthusiasm at all! Even from the way they initially held the “baby” speaks volumes. The protective instincts of our male counterparts kicks in immediately, whereas, and I’m sorry again, but the ladies didn’t really seem to care too much about the robo-baby’s fragility. 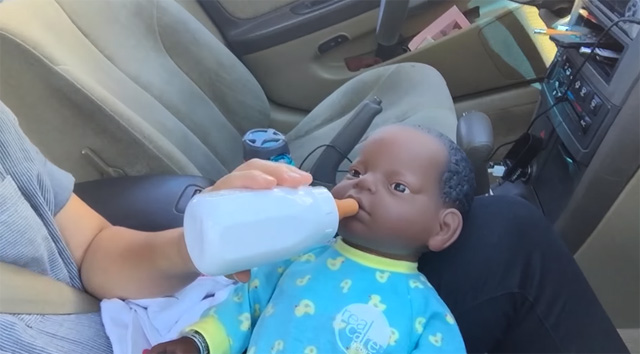 Cut to our first outing as a family. The girls are at their wits end already for crying out loud! The guys even hyphenated their baby’s last name. Annika, what side are you on!? My allegiance is slowly tilting towards the guys at this point. The one guy even starts caressing his baby without even realizing. So. Effing. Cute.

The guys also seem much more appreciative of the fact that having a baby is fucking HARD. Life gets put on hold when your baby is hungry, tired, needs a diaper change, etc etc etc.
And then the girls go to Olive Garden. In the 8 minute video these chicks eat out like 3 times…
At Olive Garden, the girls finally understand the anxiety of being out in public, worrying about your baby having a loud, obnoxious tantrum in front of strangers.

The 2 day test is done, and the two couples finally get their results. Were they good parents? Did they make the cut?

“Just the idea of not having Addison anymore kinda scares me!”

The robot baby has a built in monitoring system that records response time, whether or not it’s being mishandled etc. What crushes me is that the guys are so sure they did better than the girls… And honestly so was I! Even the girls were convinced that the guys did so much better than them… What was the final result? 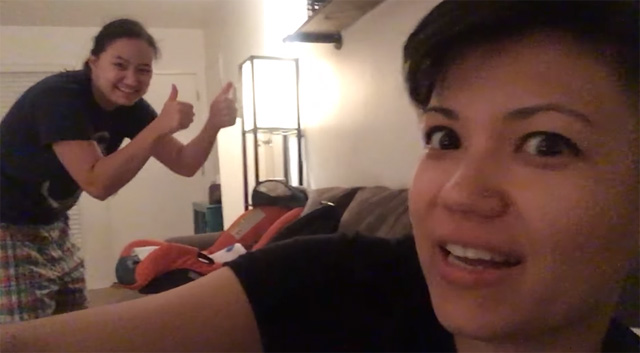 The guys are visibly upset by this news… As am I. But you know what, I don’t know what went on behind the scenes… All this bashing of my own team, and they did better!? As women are we too critical of ourselves and our parenting skills? Well, as the guys say at the end… You can’t measure good parenting! This certainly made me appreciate my loving parents even more. Thanks Mom and Dad! 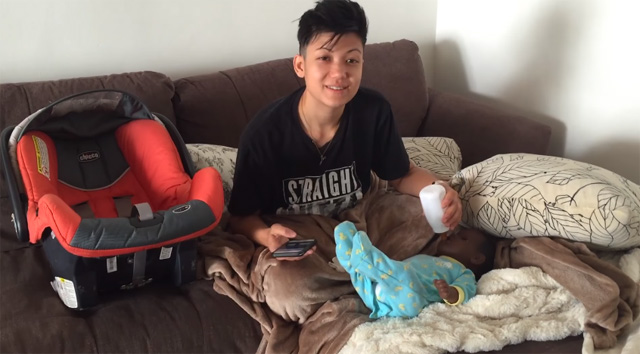 Also, thanks to Realityworks and their RealCare Infant Simulators…and of course to the two “couples” for giving us a front row seat!